That person you see in the coffee shop, meet at a friend’s home for a party, weekend BBQ, or simply walking down the street in any big city, could they be your cousin? ...And yet that simple thought, leaves one pondering the possibilities, so I’ll tell you a story. I’ll start with this; I’m an avid genealogist & family historian. I’ve been working on one family of mine for over 20 years.

Bear with me as I fill in this background for a moment.  I have the story of 4 sisters, the Moylans of Ennis, County Clare, Ireland; they all immigrated to the USA. I knew there were 3 in northern California, and one in Kansas. I have photographs and letters between the families showing their relationships. I was able to visit Ireland, for the first time in 2008, with a group of photographers. Coincidentally, serendipity, or the hand of the Ancestor Angels, we were staying in Ennis…the hometown of my own great-great-grandmother, Hannah Moylan Atkinson, (1835-1914.)

Before we arrived in Ireland, July 2008, I’d arranged to meet with cousins who owned the family business, “The Ennis Cash Company.” I’ve letters bearing the same name on the letterhead, dated in the 19th and early 20th century, to cousins in the USA. Bear with me here, just a bit more, if I don’t tell the background, well you get the idea … 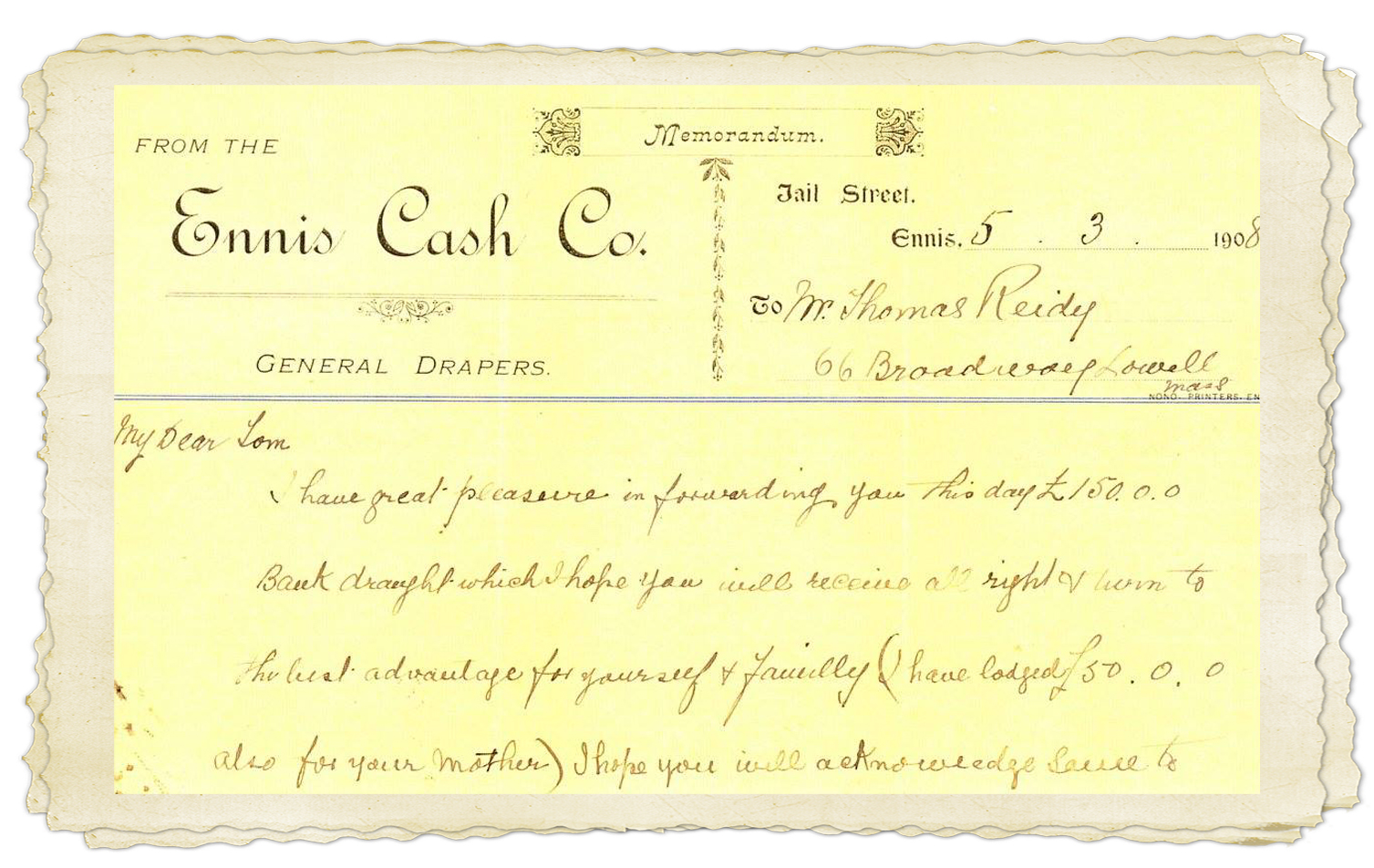 I visited Ireland and met Oliver Moylan, my gr-gr-grandmother and his grandfather were on opposite ends of the line of children in a family of 12-16, mine was 20 years older than his …. When my ancestress Hannah left to emigrate, his ancestor Peter was a small baby. Oliver & I had a wonderful visit.  I was also able to find my way to the one of the homes where this family lived in the 1840s. 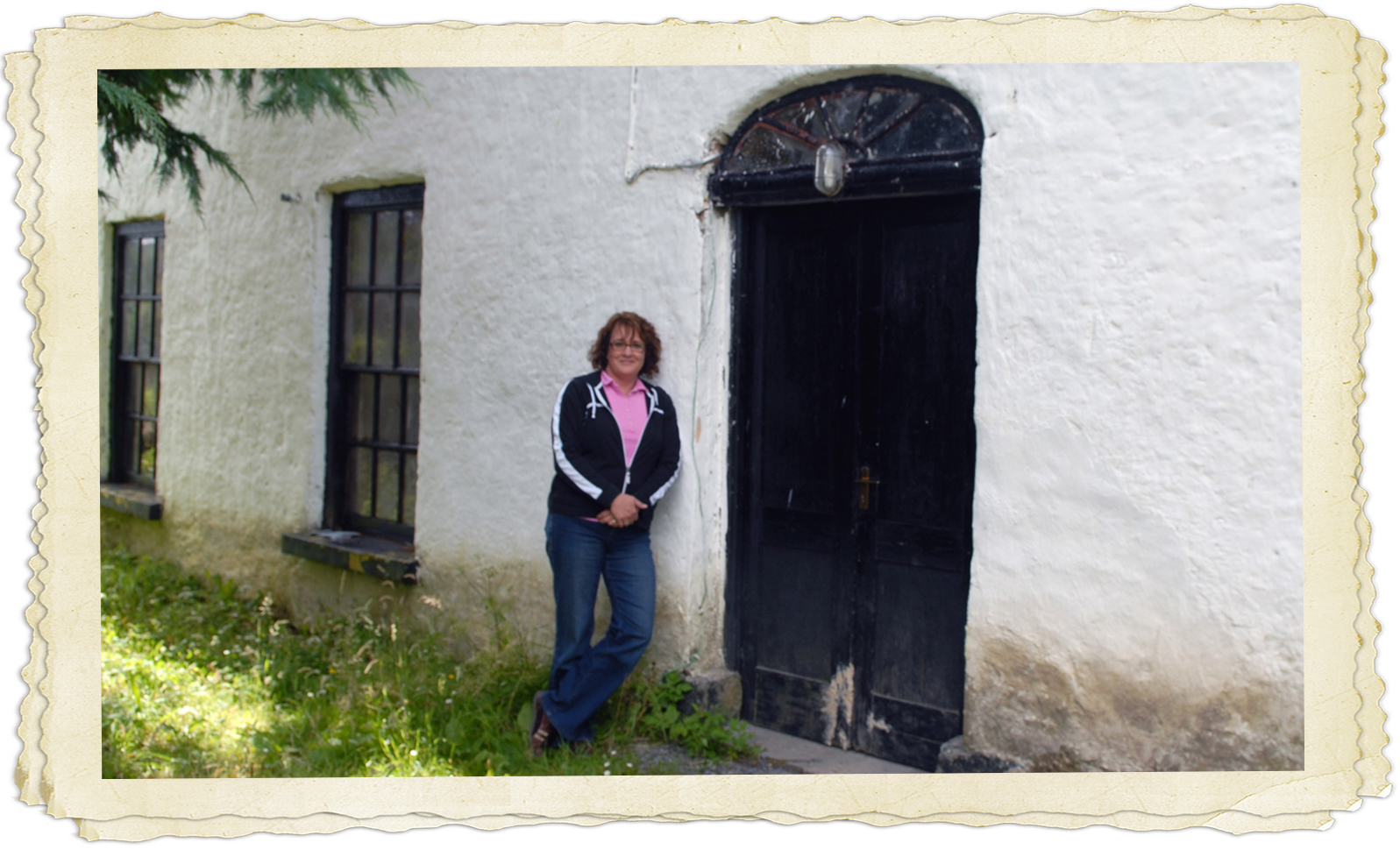 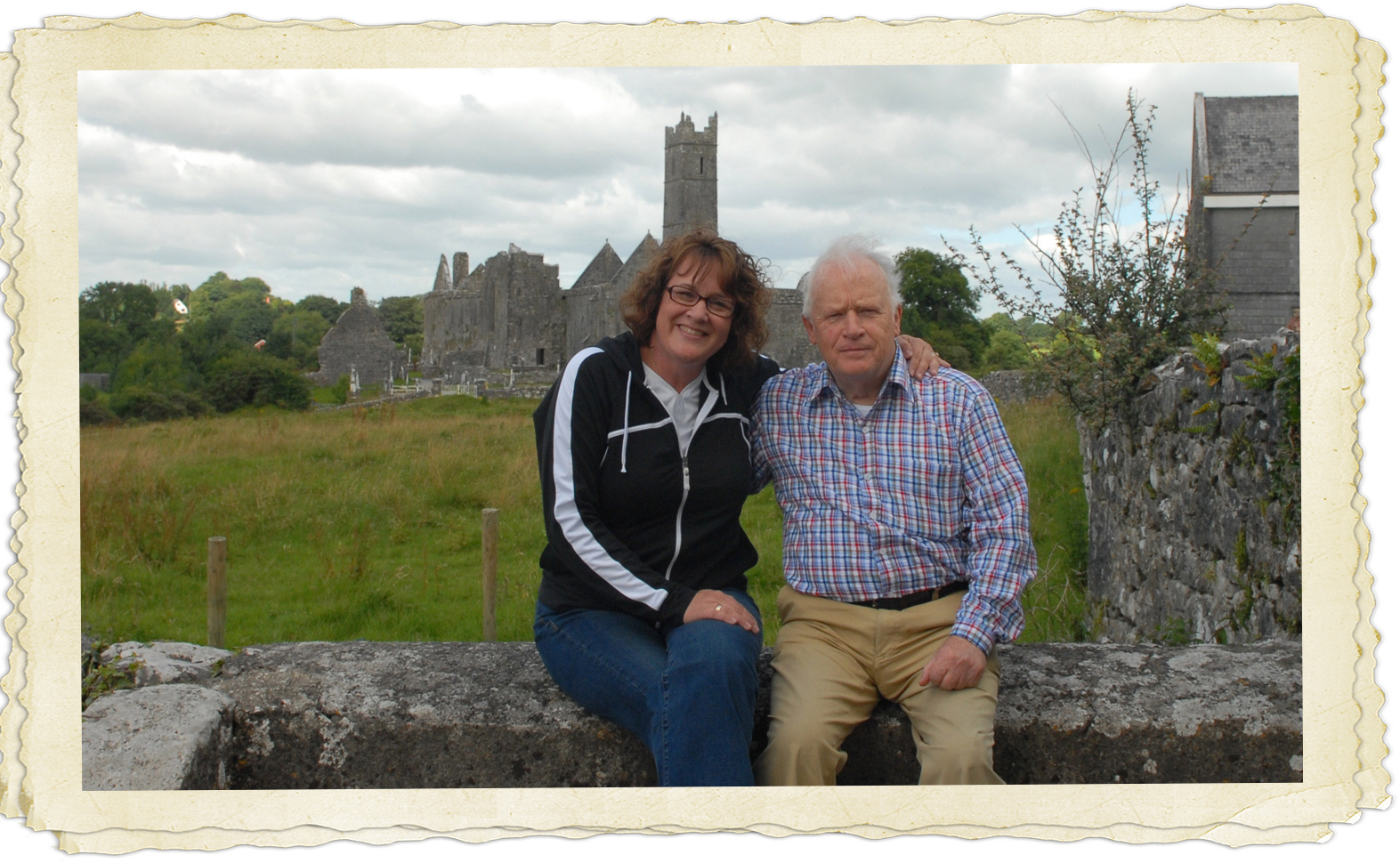 Now for the “rest” of the story, as Paul Harvey used to say… During our visit, Oliver told me he and his wife had regularly visited California over the last 40 years; his wife’s brothers lived in the Bay Area, small world.

April 2009, Oliver called to say they’d be in San Francisco and could we meet up for a meal. I was able to bring my husband, my parents, and one of my daughters to meet them, for the day. The lunchtime conversation went on for several hours, Oliver and my father are both equally brilliant men, it was quite captivating, (or we might've thought we were being held captive!) 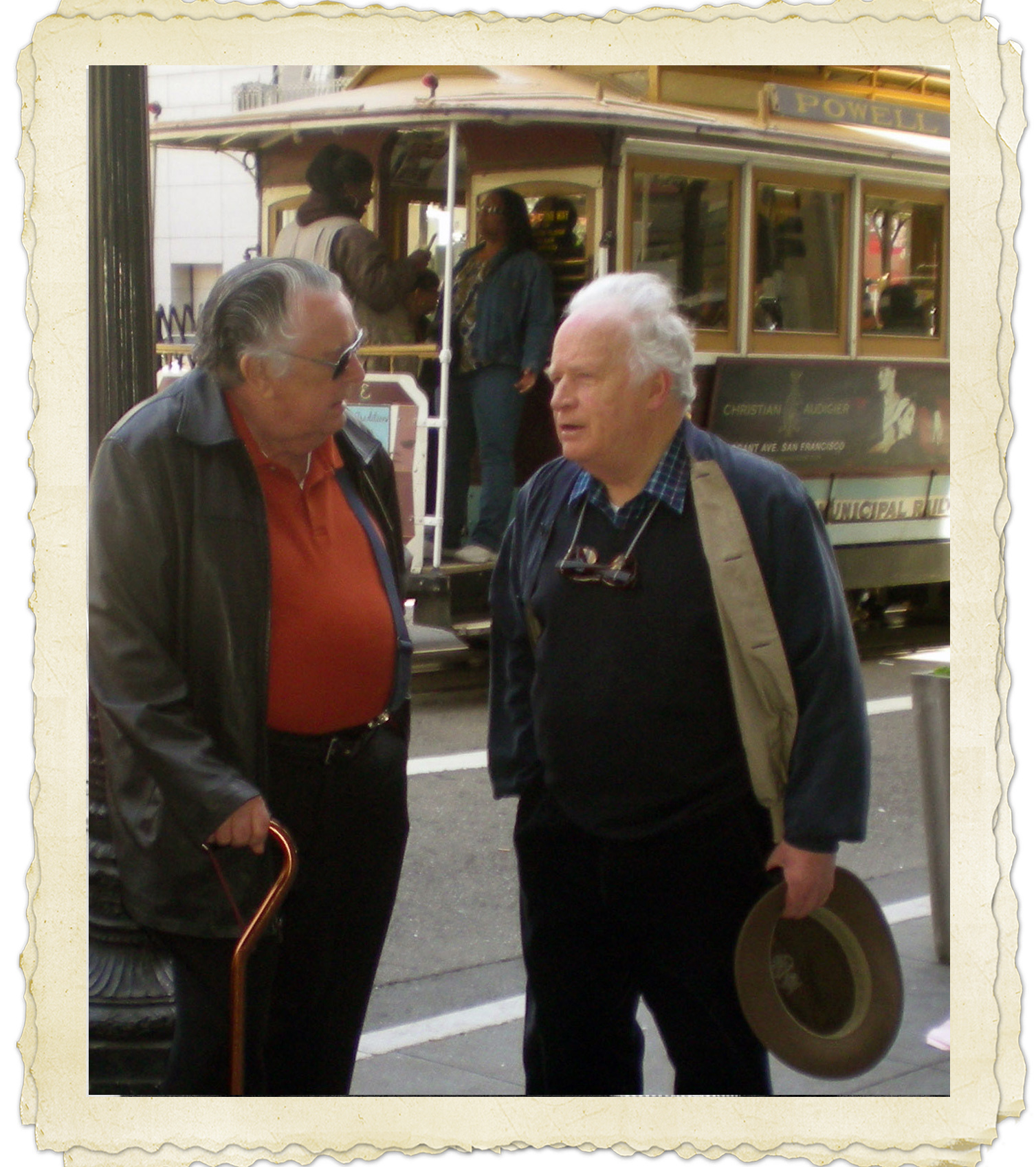 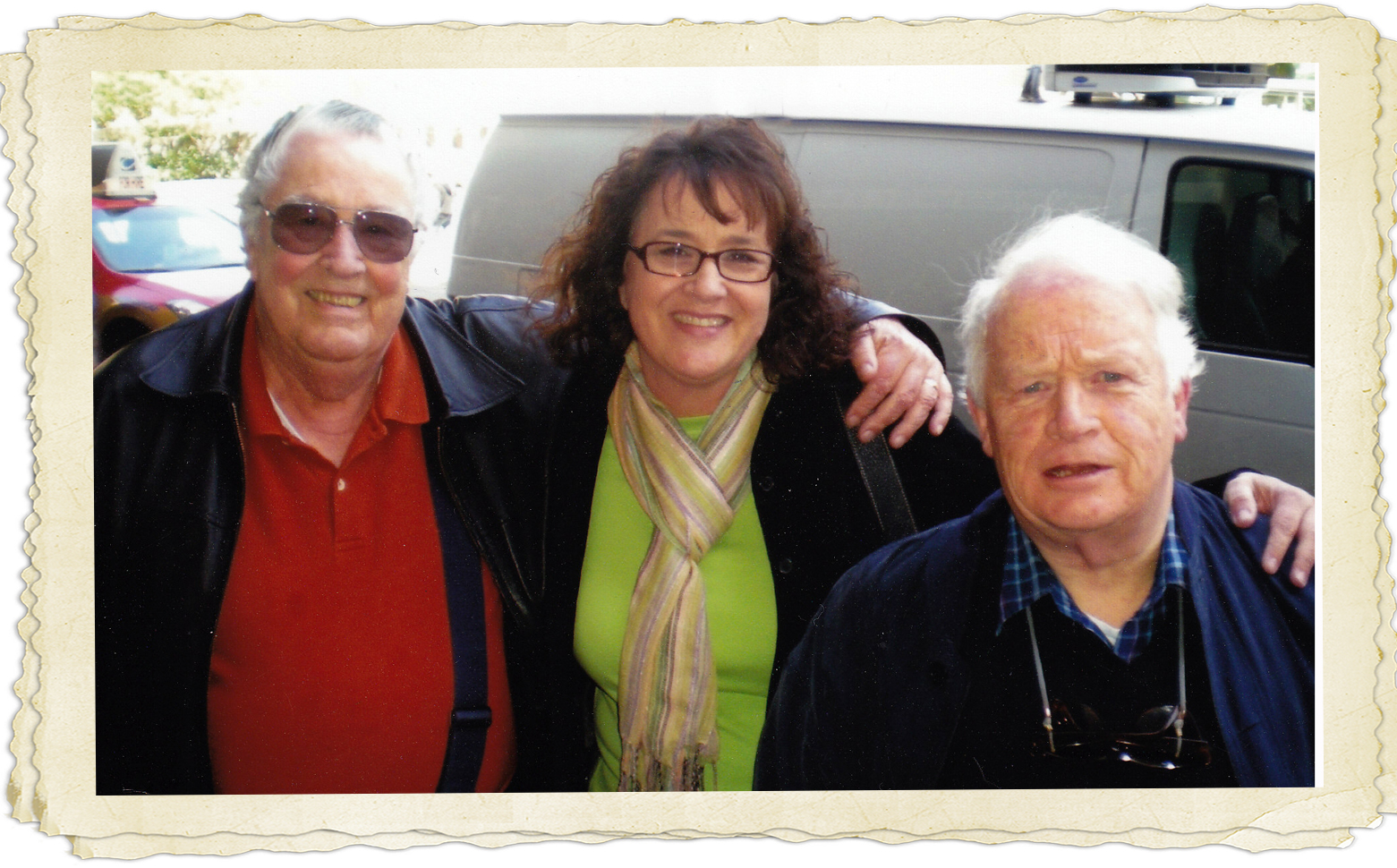 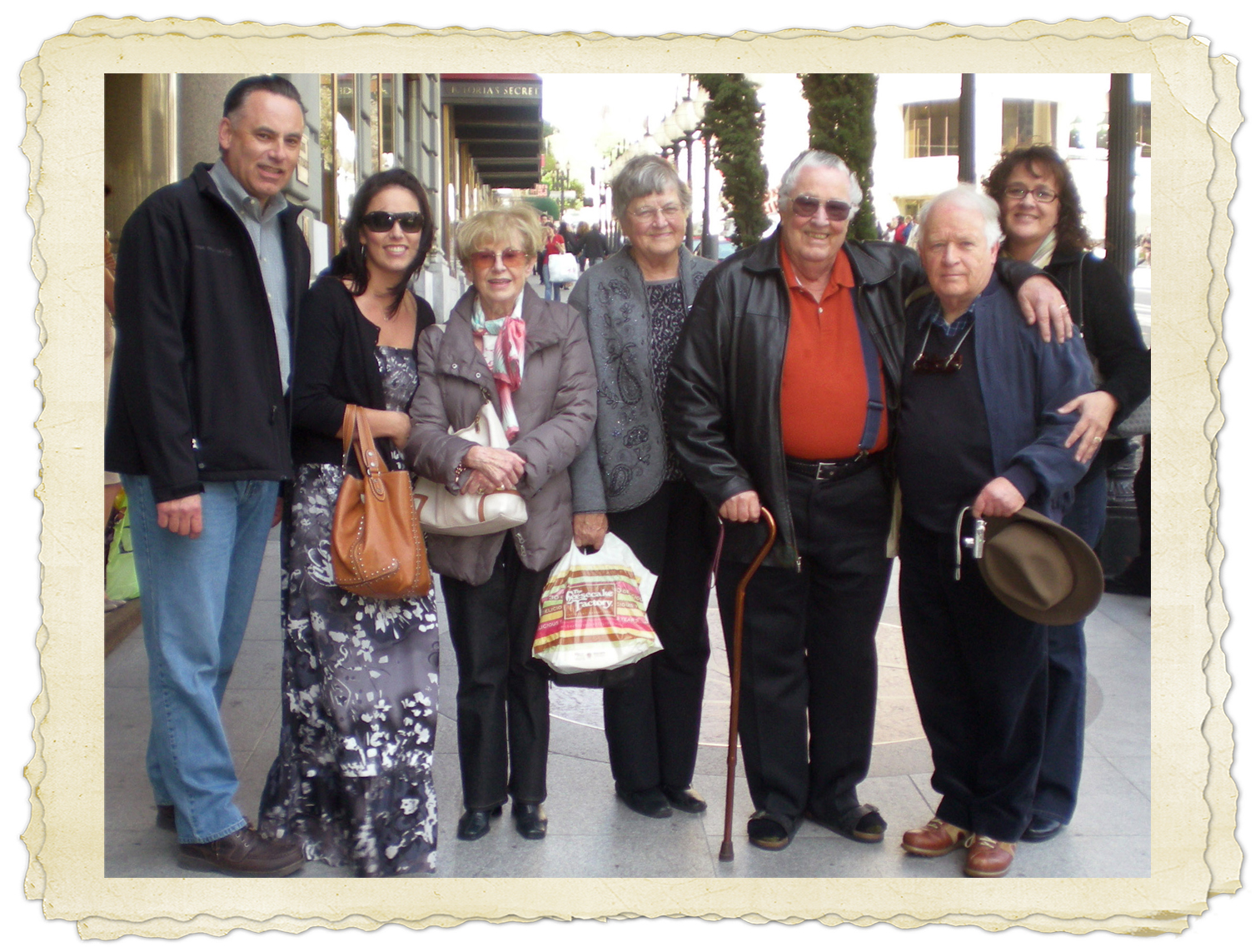 July 2011, I was once again headed to Ireland with my photographer friends, and arranged another visit with Oliver and his family. Oliver was able to lead a day of touring in the county for all of my friends. We chatted about what he knew of the family history, he gave me a few leads on some of the family who’d immigrated to Australia as well as giving me more information about those in the family who did not emigrate. 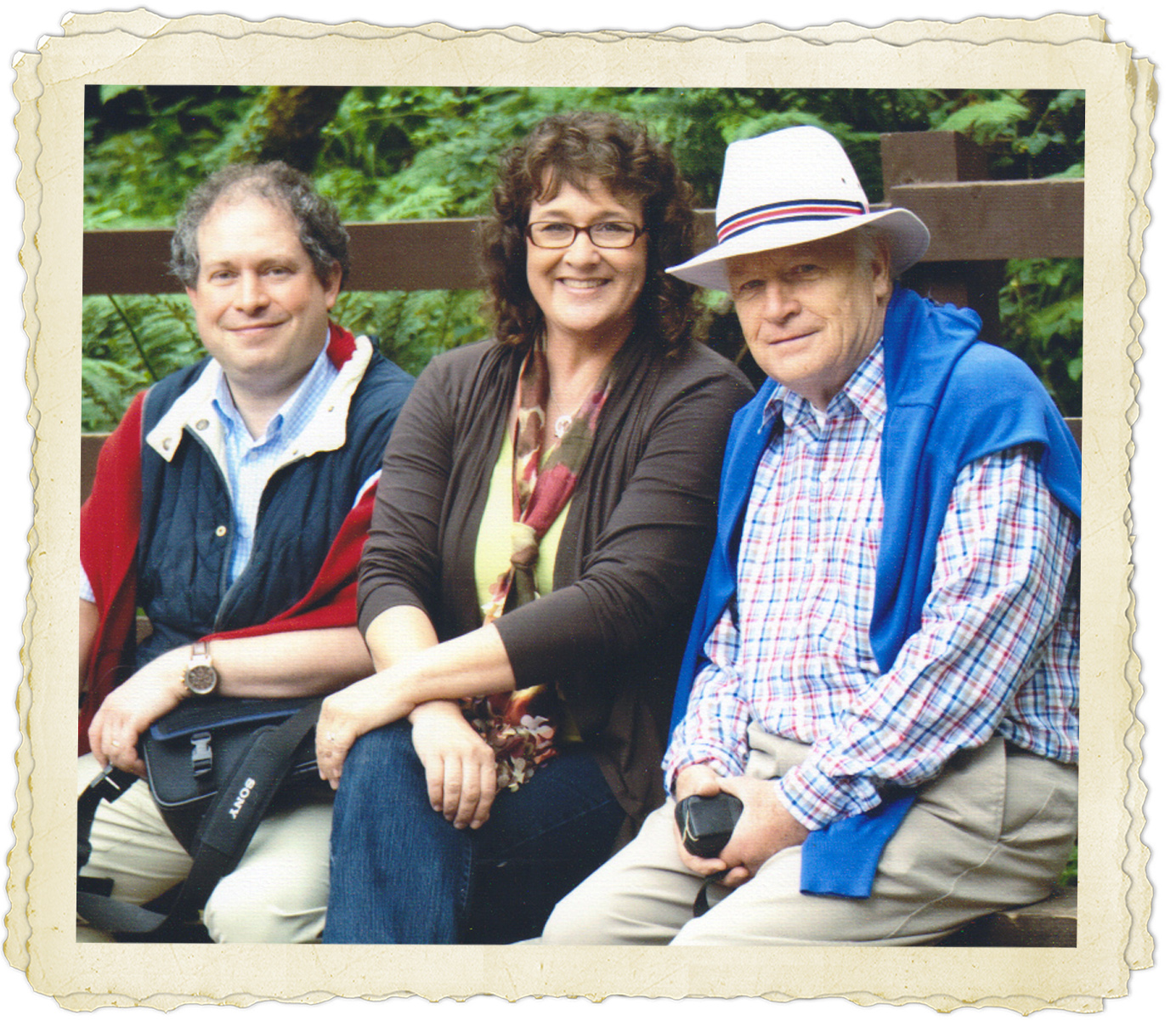 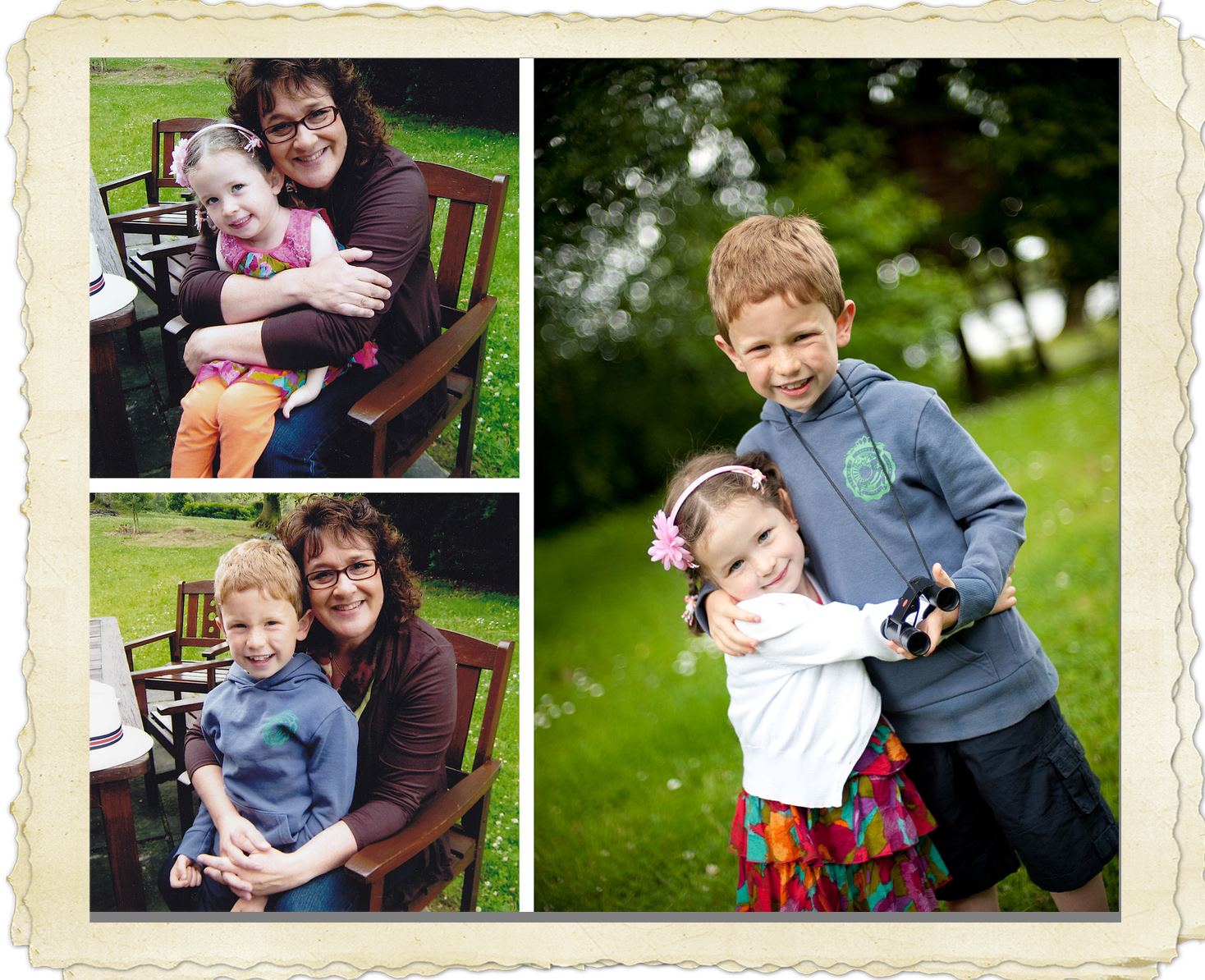 Peter & Oliver Moylan, father and son, Aoewan & Aoefa (pronounced Owen & Eva) they are my 4th cousins, we share Margaret as a g-g-g-grandmother.

Once I returned home to California I decided I needed to work to find the 3rd sister who’d emigrated, and I believe lived in San Francisco, 1850s. I’d already been to the cemetery in Colma, CA where this sister of my gr-gr-grandmother was buried with her family & descendents. Armed with this data, city directories and the US Census I was able to bring this line forward to the 1930 Census. Listed there were a brother and sister, Howard & Barbara Finn, they were toddlers in 1930. I then decided to find them, realizing they could still be alive, which turned out to be far easier than I thought. First search, whitepages.com, I searched for Howard, as I’d not found a married name for Barbara yet. There was only one Howard Finn in the state of California, about his age.

I decided to send off a letter, as a phone call from a crazy genealogist like me, can be off-putting. . . I sent the letter with my email, phone and address. A few days later I received an email from Howard Finn, saying yes I had the correct family. I’d sent along a photograph of a man who was his great-uncle, which was in my family album. His great-uncle was cousin to my grandmother, and my father remembers meeting “Cousin Jimmy Finn” in Red Bluff as a child.

Still with me? Howard Finn’s email said “You want to chat with my sister Barbara, she’s a genealogist too!” Wow how lucky was I with finding the right family with only a few clicks on the computer. Shortly thereafter I received an email from Barbara verifying the connection and inviting me to San Francisco for lunch!

October 29, 2011 I met my new cousin Barbara Finn Bentley. She’d also invited along her cousin, Gail Markley. These two women welcomed me and shared that they’d done a family history book on their Finn family line and knew nothing of their Moylan ancestress. Boy was I able to share with them! 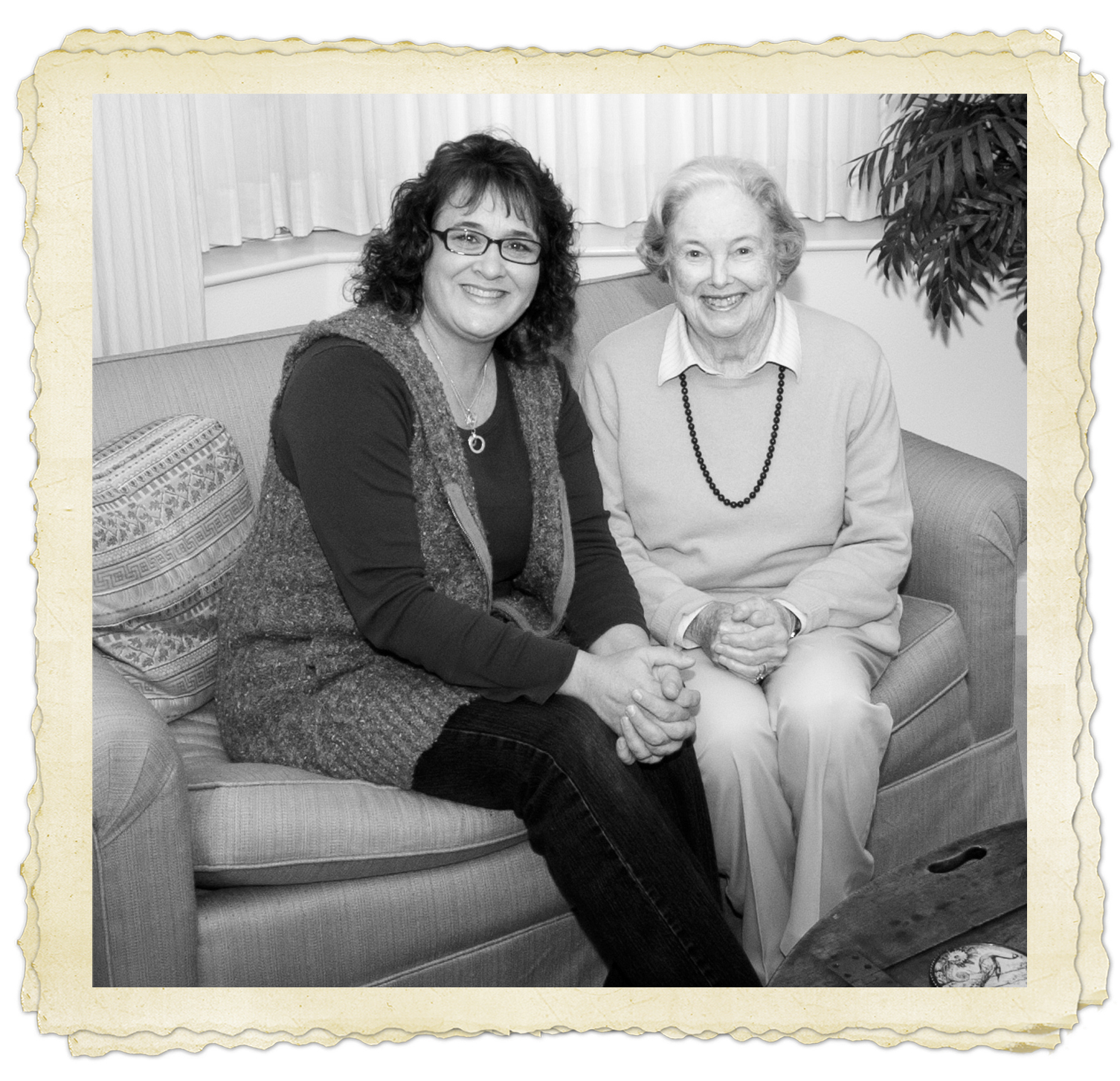 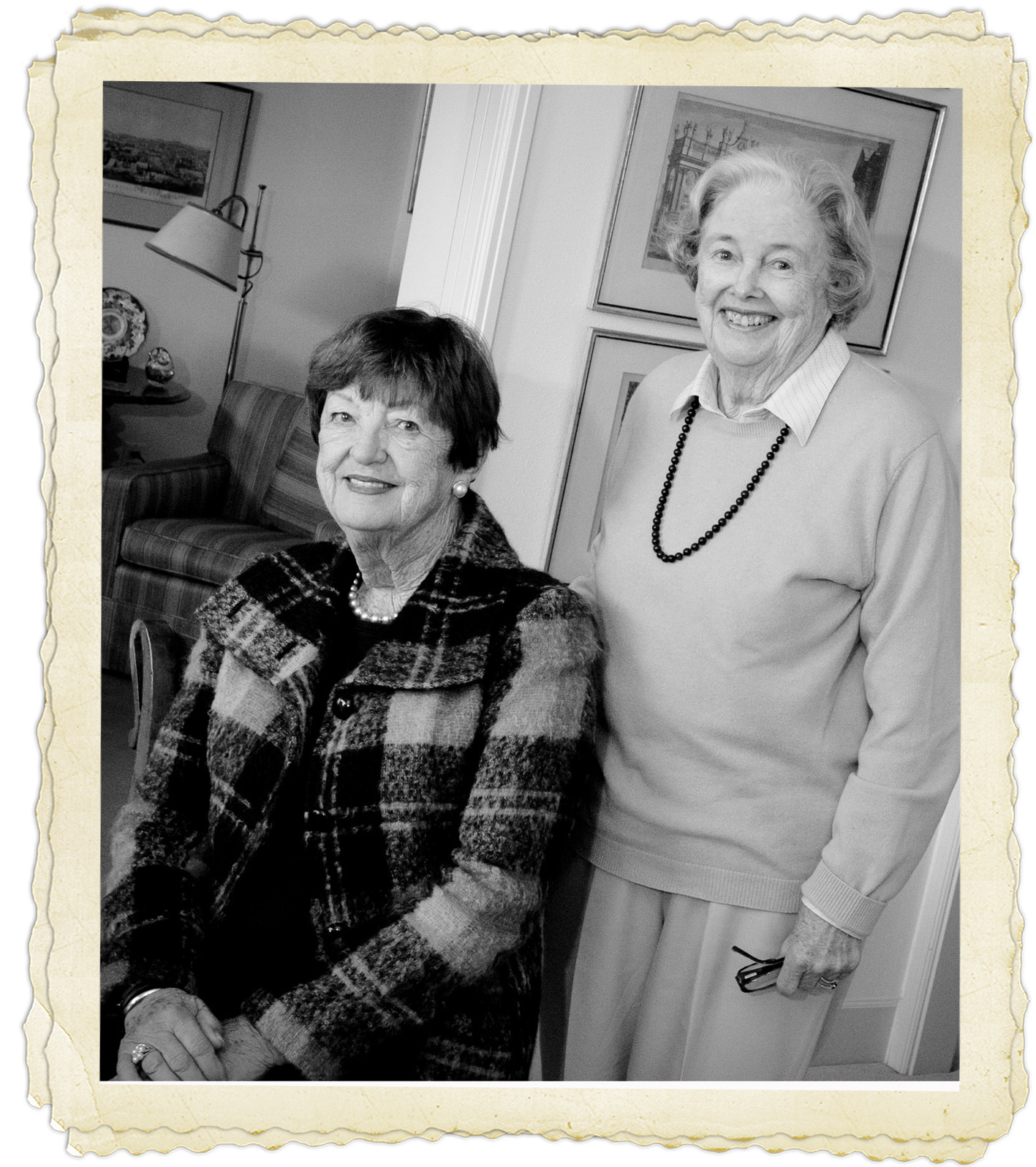 Here I am with my 3rd cousins, once removed, they are removed because I'm a generation younger, and my father was their 3rd cousin. Gail on the left and Barbara on the right.

If you’re still reading, this is where it gets a little crazy…. As we’re chatting over lunch, sharing stories, photographs etc. I let them know of my 2 meet ups in Ireland with Oliver Moylan and his wife, and how they’d been coming to the Bay Area almost every year for 40 years. I said Oliver’s wife’s (2) brothers lived in Menlo Park, south of San Francisco. I said Oliver told me his wife’s (2) brothers were both married to the same woman, one of the brothers died, and she brought him home to Ireland to be buried and brought the other brother back to California and what do you know he married her too!

Gail’s eyebrows are now up, and she says “what did you say Oliver’s wife’s name was?”  “Annette, I replied,” Gail stood up, she said “I’ve met them, my friend Nancy was married to two brother’s from Ireland, and Oliver and Annette used to visit, I remember them, dinner parties, we even vacationed together at Lake Almanor in the Sierras!” WHOA stop the car, whaaaaaaat? Gail said “I didn’t know their last name, I knew my friend Nancy was married to the Madigan brothers, but didn’t recall the last name of my gr-grandmother, and never associated it with Oliver and Annette.”

"Gail you’ve met and socialized with your own 2nd cousin, once removed," ( the removed part just means you’re on a different generation line, his grandfather and her great-grandmother were brother and sister born over 20 years apart) … I was floored, flabbergasted, insert almost any adjective here! We then went on the internet, Gail gave me friend’s full name, she’d died a few only a few years before, and I was able to pull up her obituary, @Legacy.com, sure enough listed as survivors, her sister-in-law Annette Moylan of County Clare Ireland. This is just the craziest, Gail and Barbara’s ancestress immigrated in about 1855 to San Francisco, and Oliver’s ancestor was the youngest child in that family and never emigrated. Oliver went to college in Michigan, before returning home to run the family business in County Clare.  We finished our crazy luncheon visit promising to visit again.

Sometime after the visit I wrote to Oliver, lining up all the facts I had on the relationships between the ancestors, Oliver’s cousin-ship to me, Barbara, and Gail, and then put out all the information about Gail’s friend being married to Oliver’s two brother-in-laws and their meet ups in the 1980s & 1990s.  (Oliver writes all of his letters, on the family store letterhead, no email for this busy man!) Not long thereafter I received a note; Oliver remembered Gail and all she’d told me. He said he was coming to the Bay Area again in a few months and would I arrange a luncheon date with them! (Well yes of course!) 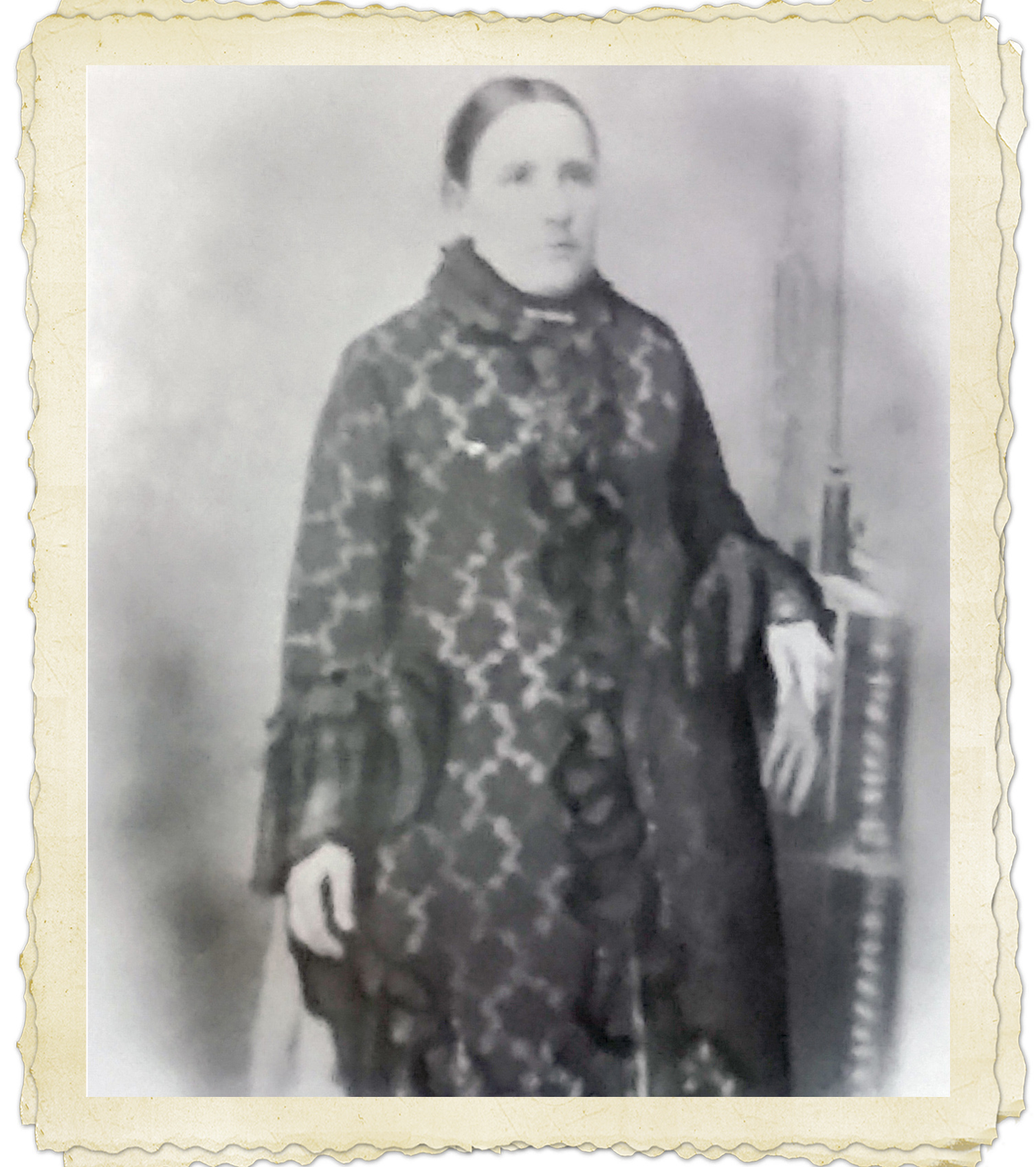 This is Margaret Crowley Moylan, our common ancestor with this group, she was the mother of 12-16 children, and we don't have an exact count.

April 20, 2012 Oliver arrived and we met at the St. Francis in the city, and then drove over to Barbara’s for the meet up! I was so excited I could hardly contain myself. Greetings all around as we arrived, Oliver greeting Barbara, and said “oh my, you’ve the look of my sister, Bride, (pronounced Breeda)” and the chatter went on for a few hours. Gail and Oliver reminiscing over the dinner parties they’d attended, and the friends in common. They’d indeed spent time together, and never knew they were cousins! 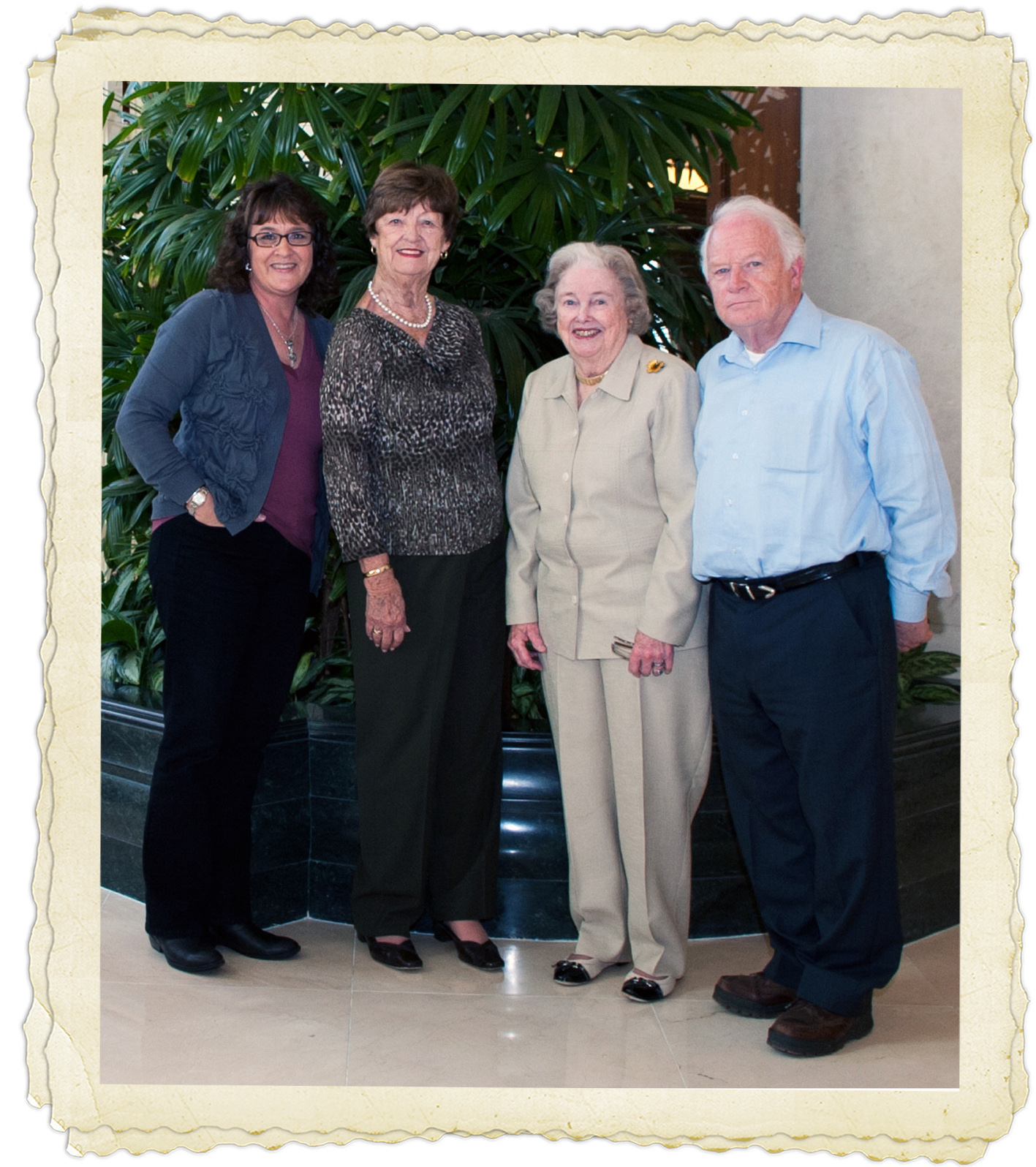 Barbara and I have maintained our genealogy, cousins, friendship. We’ve attended a local genealogy group’s meetings together, gone over history that’s been done, thoughts about more to do. . . 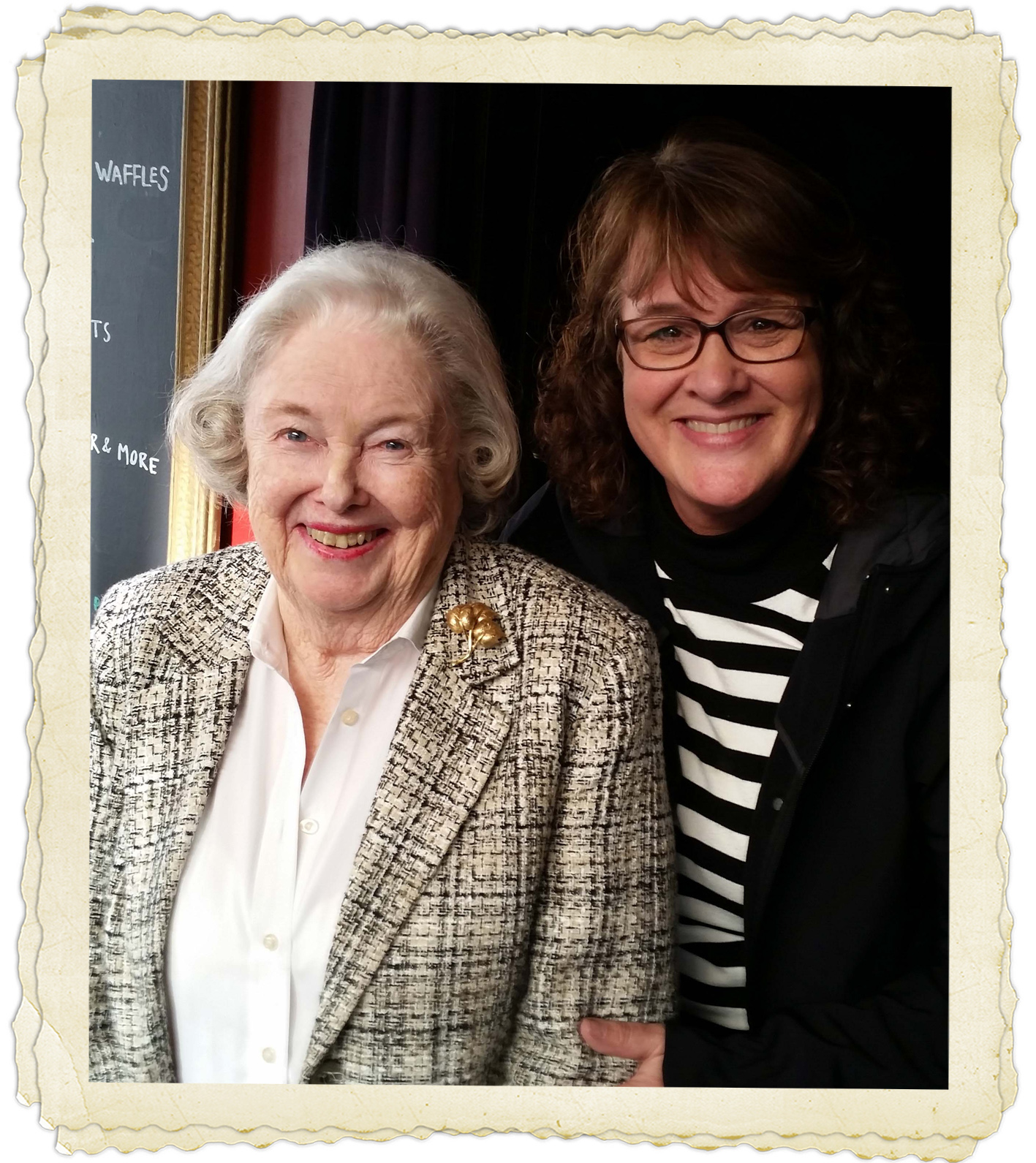 May 12, 2015 Oliver and Annette (Madigan) Moylan came to the City by the Bay once again, and we had a dinner date planned with Gail and Barbara. More laughs at this meet up, as Annette now visiting with Gail, and they chattered about all of the previous visits, and friends, how is so and so, did you know that this and that … I loved it, I was a fly on the wall, but I was sitting right there to them. As our meal was served, Barbara raised her glass, I was the recipient of a lovely toast, and “thank you Linda for being so curious about your past, and reconnecting all of us, we wouldn’t have known this if you’d not done the research!” 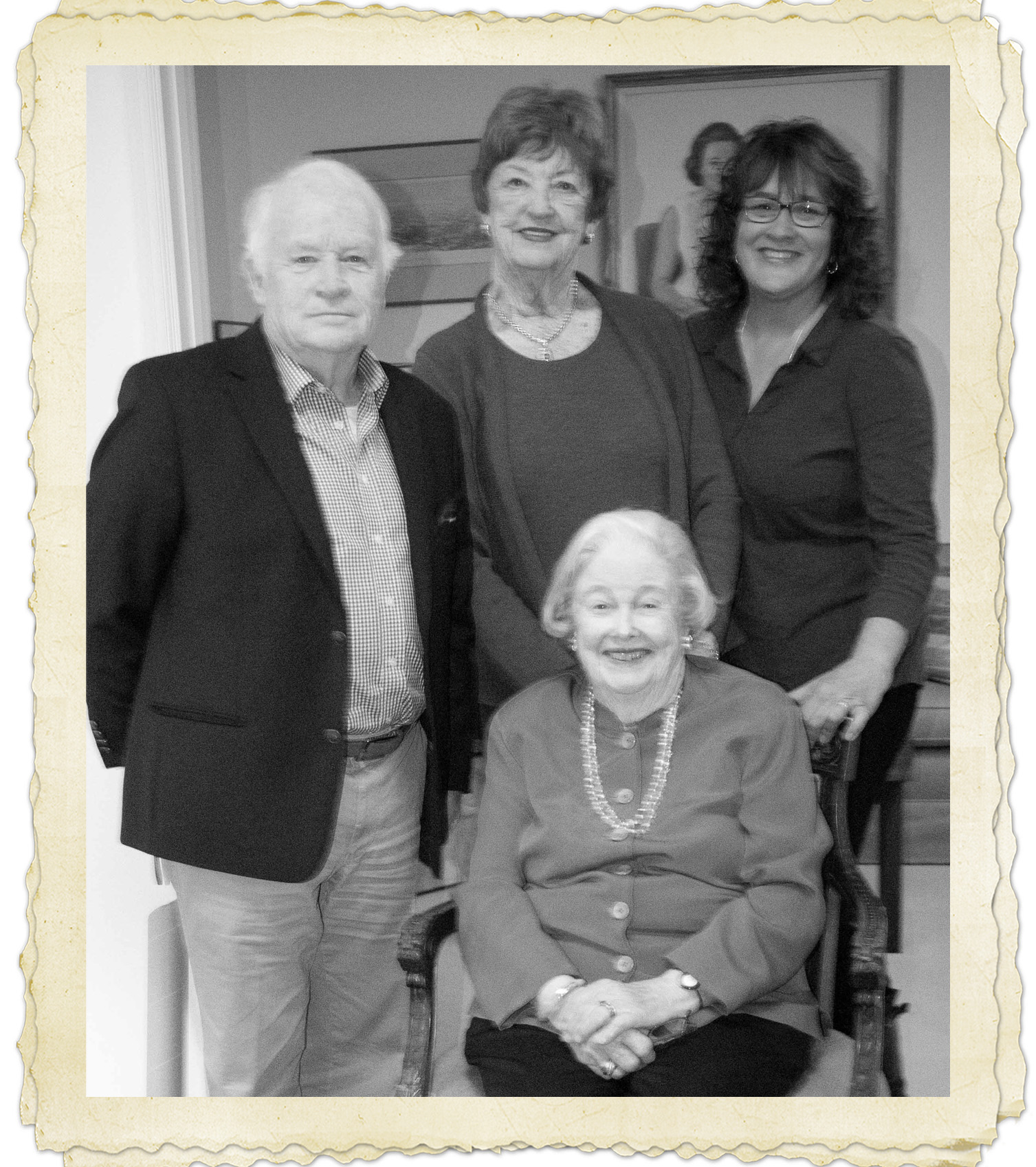 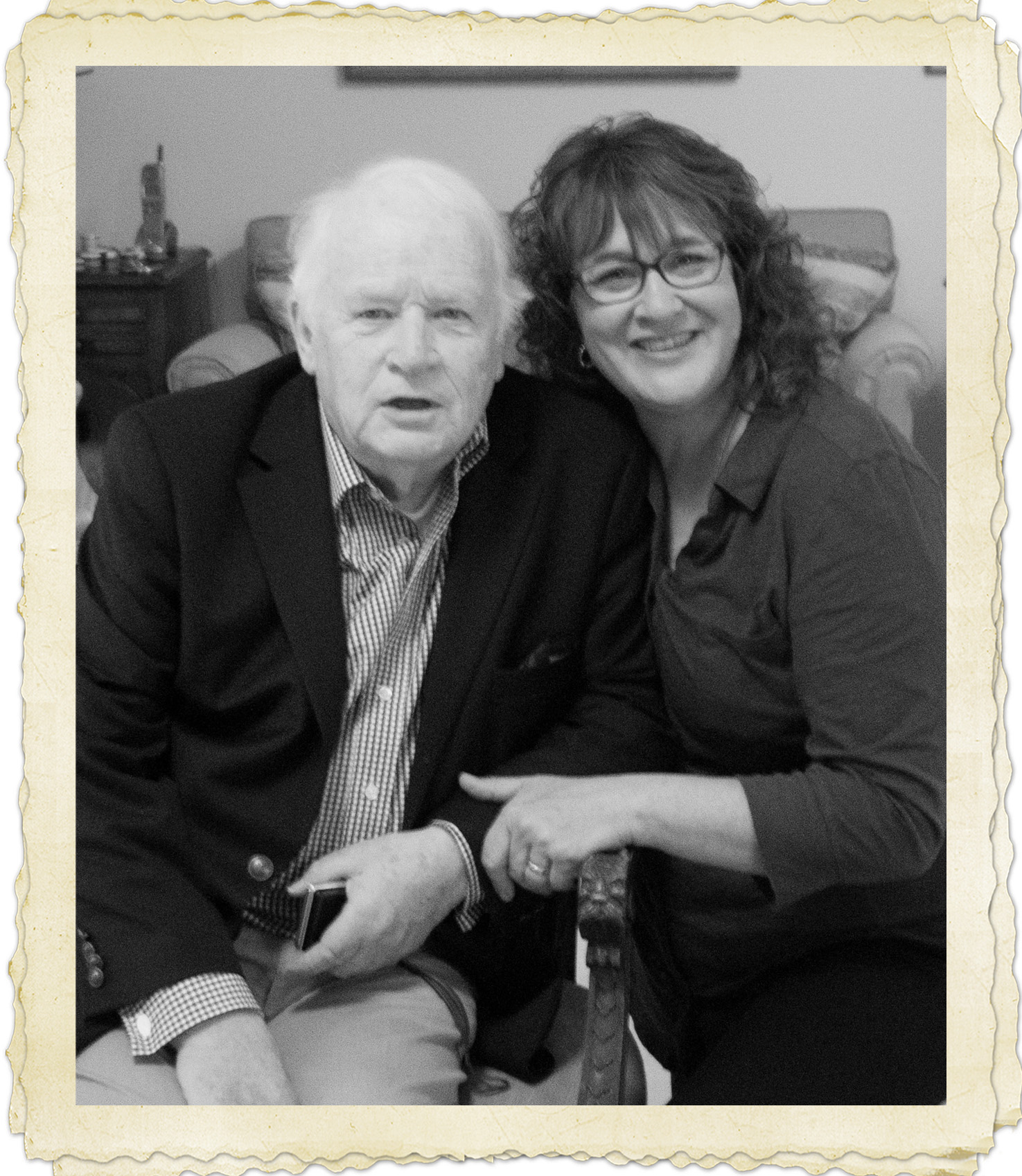 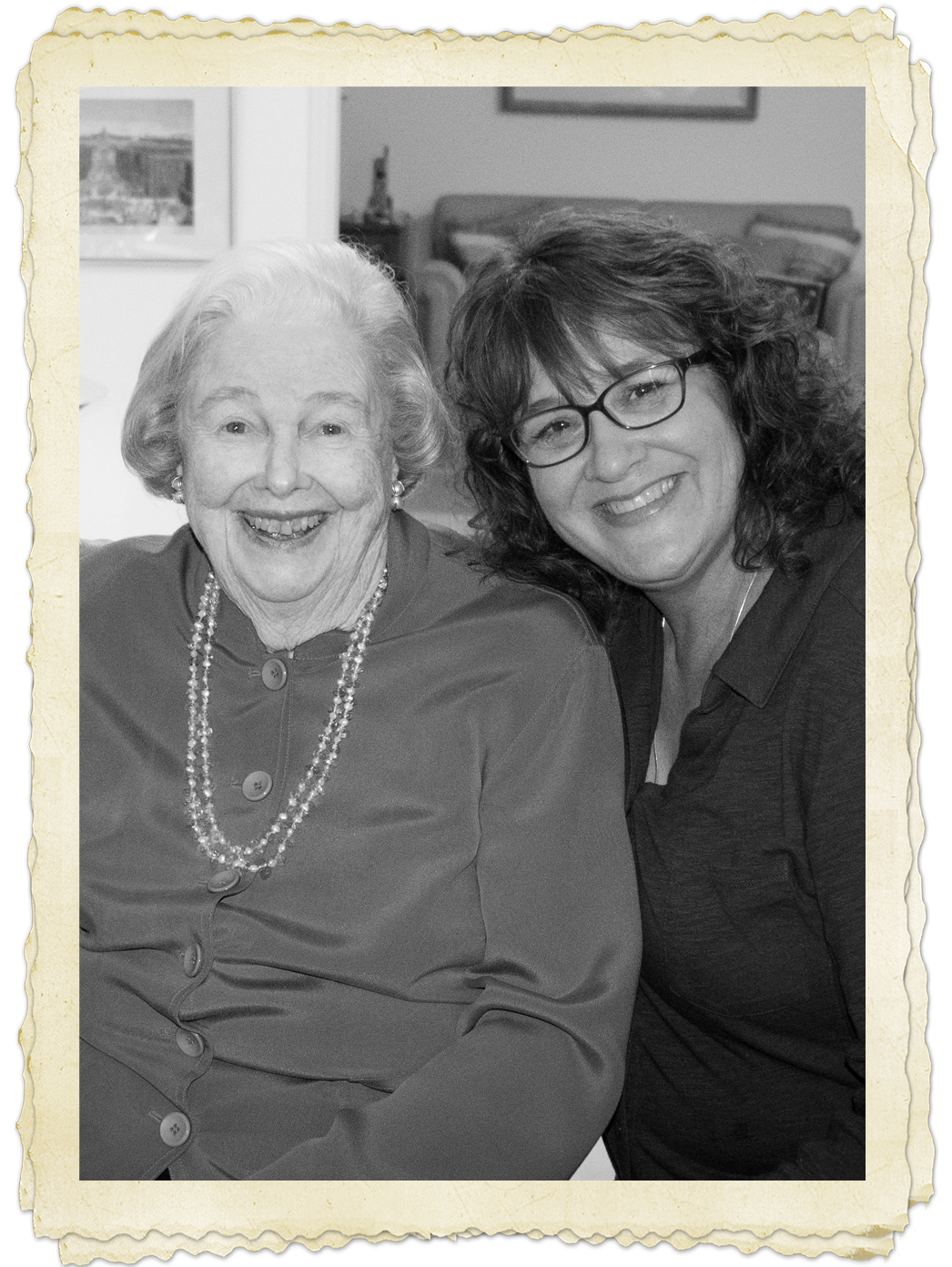 August/September 2016 I was once again in Ireland, the photography group for 10 days, and then another 10 days touring some of my family and our friends around the countryside. 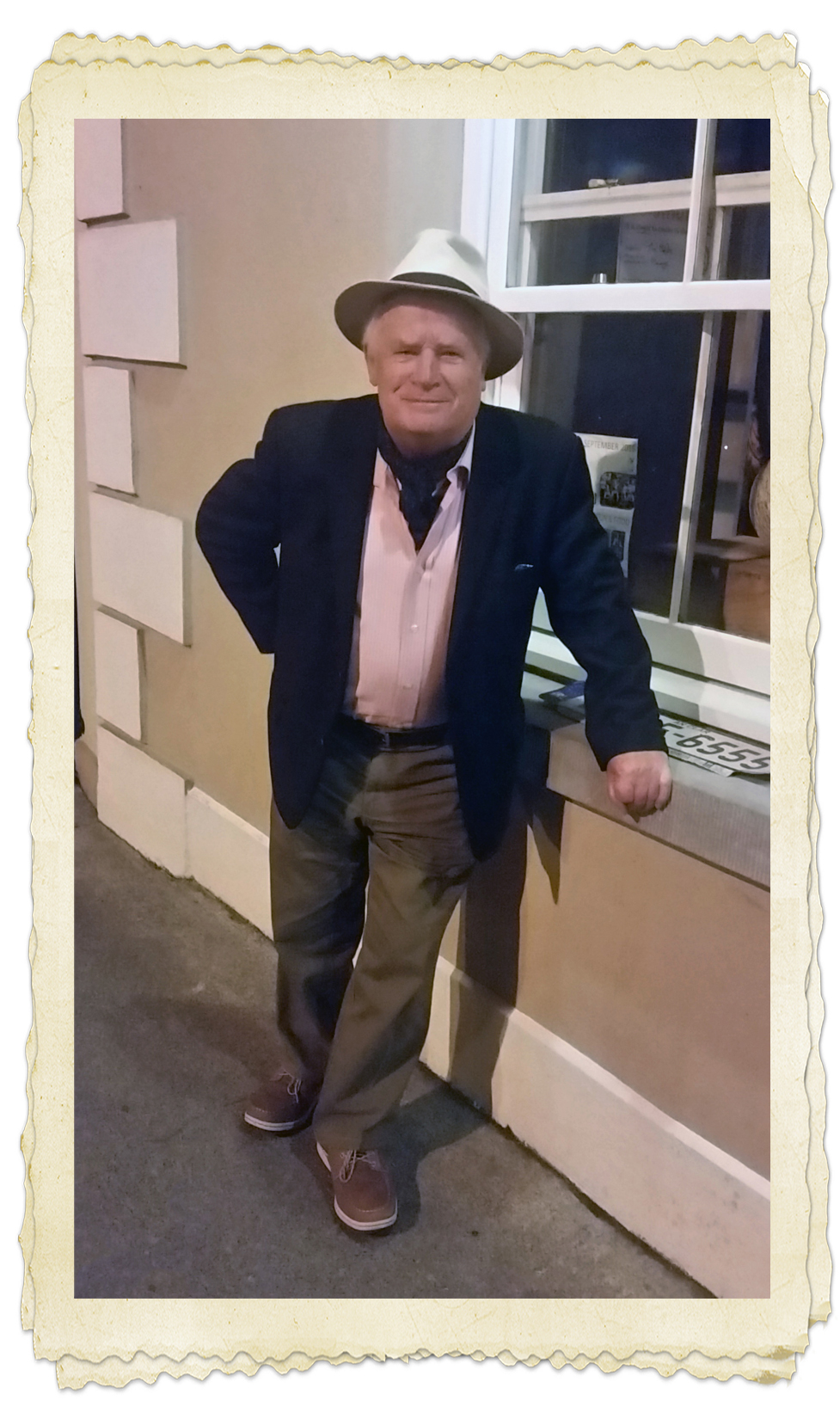 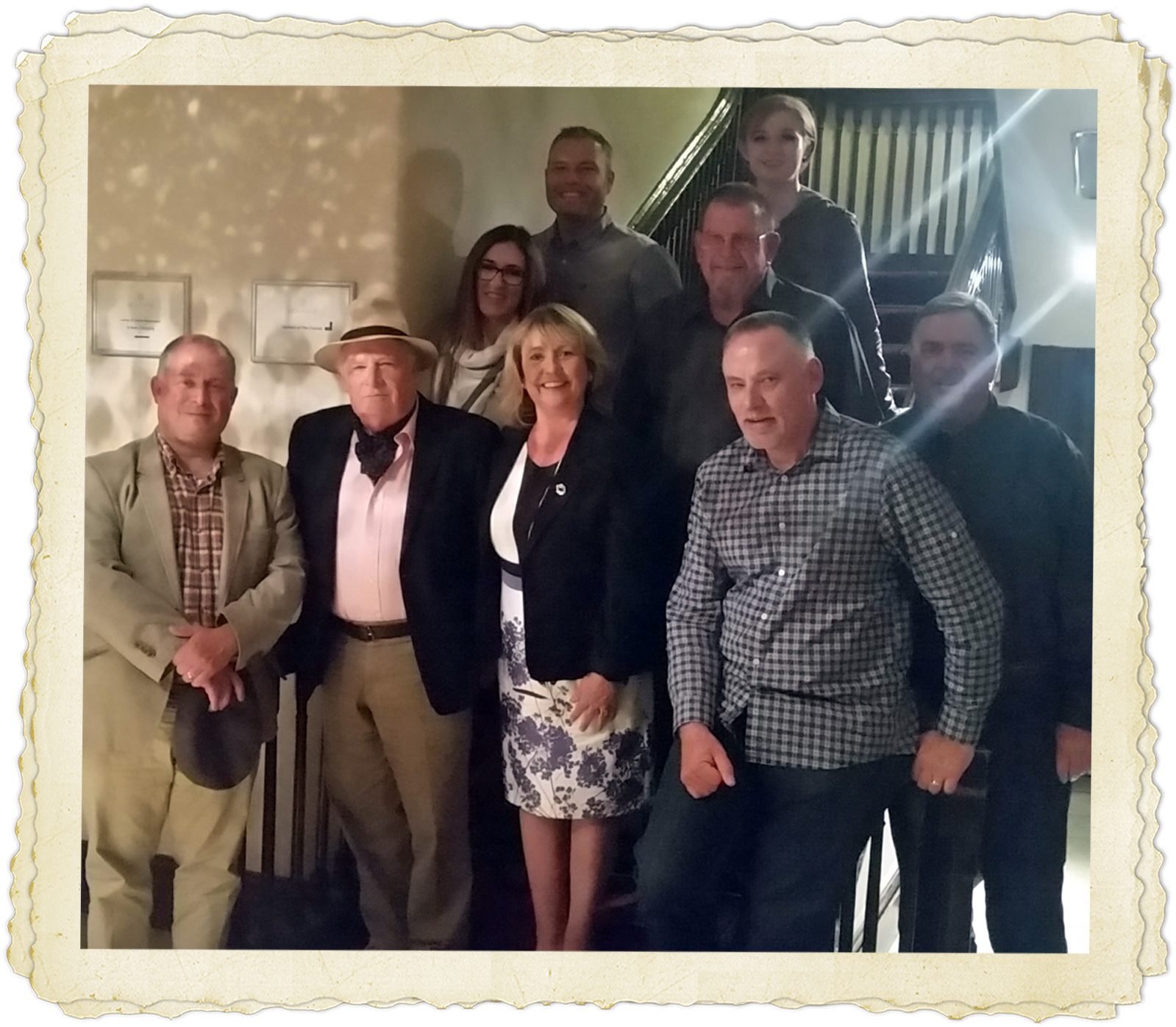 But that’s another story. As we walked where they walked, sat in pubs, and visited the cemeteries and churches, I wondered, would I know, was I passing my own cousins I’d not met yet...

Lynette Anne Moylan - Hi Linda, interested in the Moylan family, from Quinn Gardens near Ennis in County Clare. Had read your posts and seen the photograph of Oliver Moylan (familiar features apparent..). My direct line left Ireland in 1852 for Australia, settling in the Maitland area (Oakhampton) on the Hunter River. G,g.grand father Patrick born ?1797 Quingardens. Co. Clare. G’grandfather Thomas born 1840 at Quingardens, died Oakhampton, Maitland NSW. 1926. Know there are many Thomas’s and Patrick’s ... wondering if you have information about the Quingardens Moylan’s? Hoping this is not too confusing and you may be able to shed some light on earlier family line. Regards, Lyn Moylan.

Martin Moylan - Hi,
My name is Martin Moylan. I was born in Boston but now live in Minnesota. Do you have an e-mail for Oliver Moylan?

My grandfather George Moylan was the son of Honora O’Brien and Michael J. Moylan. All their children except Patrick were born in Boston. Ennis parish records show Honora (Nora) and Michael were married 7/29/1870. Michael was the son of Michael Moylan and Honor Hearth. Their son Michael was baptized 10/17/1846. Their other children were: John (6/7/1850), Bridget ( 7/6/1851), Tom (2/16/1855) and James (11/26/1958). … Honora O’BRIEN, my great grandmother, was the daughter of Patrick O’BRIEN and Ellen Meehan, I believe. Ellen was the daughter of John or Michael Meehan and Hanna Joyce ( born about 1785). Looking for leads on family connections. Thank you.

Susan Gandy - Hello from Australia . . . I am a DNA match for Barbara and am wondering if it is possible to see a family tree to work out where we connect? I am also going to Ireland in October this year. Would love to hear from you, thanks, Susan Gandy

Gina Mickley - I've got goosebumps!! Serendipity my friend. What a wonderful story.

Jeanne Dwyer - Love this story, Linda!! What a great experience... Bringing your far flung family together like that!